The Evolution of Aerial Photography

For hundreds of years, airborne cameras have made incredible images of our planet and visionaries continue to revolutionize our ability to see the Earth. Today, airborne imaging can be collected in numerous ways, but it has not always been this simple. There is a long history of innovation that has brought us to where we are today.

From hot air balloons, gunpowder rockets, kites and pigeons, to airplanes, drones and satellites, we’ve come a long way. Our story begins in the 1800s.

The first successful aerial photograph was taken from a hot air balloon, 262 feet above land, just outside of Paris by a Frenchman known as “Nadar,” in 1858. Unfortunately, his photos have been lost. 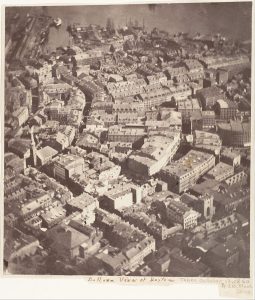 A couple years later in 1860, James Black made history in America when he captured a series of aerial photographs from a tethered hot air balloon 2,000 feet above Boston. 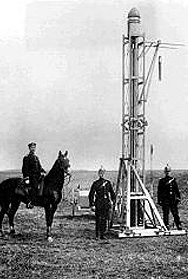 In 1903 a German engineer, Alfred Maul demonstrated a gunpowder rocket that after reaching 2,600 feet in just eight seconds, released a parachute-equipped camera that captured photos on its descent. 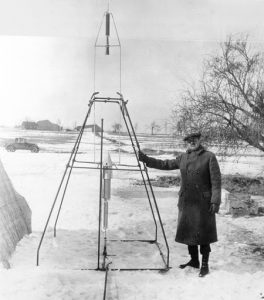 Alfred was not the only one testing out rockets. So was Dr. Robert Goddard, of Auburn, Massachusetts. 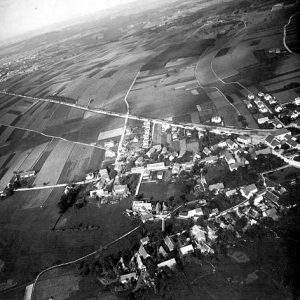 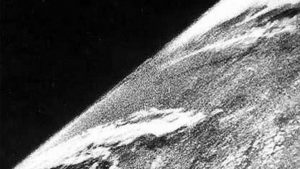 The grainy, barely legible image above was taken on October 24, 1946, from an altitude of 65 miles above the surface of New Mexico. It was captured by a 35-millimetre motion picture camera as that camera was propelled skyward on a German V-2 missile. It is, officially, the first photo of Earth to be taken from space.

San Francisco in Ruins, taken about six weeks after the 1906 earthquake.

A few years later George Lawrence perfected a method of taking panoramas from kites. He strapped kites with large-format cameras with curved film plates and snapped images by electric current carried through an insulated core of steel cable kite line. The kites would then have to be pulled down and the camera reloaded. 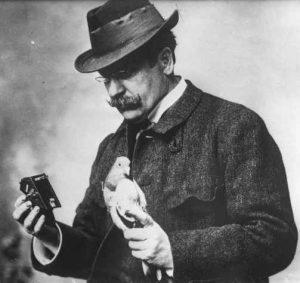 At the same time German apothecary Julius Neubronner strapped cameras to his prescription-delivering pigeons’ to track their routes. In 1908, Neubronner was granted a patent for his invention of aerial photography by means of a pigeon photographer. The invention brought him international notability. 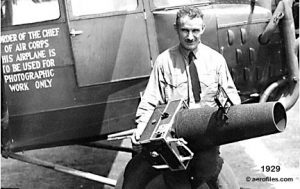 Commercial aerial photography acquisition began in the 1920’s. Some airplanes had heated, enclosed cabins for pilot and photographer comfort. The wings of the airplanes could be folded for transport by railroad to survey locations. 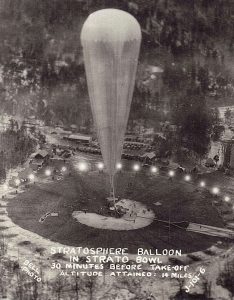 The first photographs showing the division between the troposphere and the stratosphere and the actual curvature of the Earth were recorded in 1936 by Captain Albert W. Stevens. They were taken from a balloon at an altitude of 72,000 feet, launched from the Stratobowl near Rapid City, South Dakota. The balloon, Explorer II, carried Captains Albert Stevens and Orvil Anderson to a world record altitude of 72,395 feet. 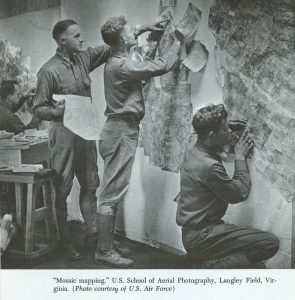 The World Wars – Military commanders soon saw the potential advantage offered by up-to-date aerial imagery of the battlefield and cameras were equipped on all manner of aircraft. Images were used to reveal enemy movements or plan future attacks. 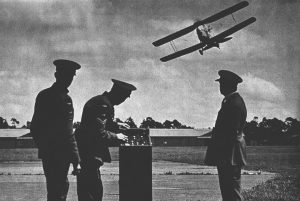 The Ruston Proctor Aerial Target became the first pilotless winged aircraft in 1917. It was a radio-controlled pilotless airplane, based on RC technology from the inventor Nikola Tesla. The goal of the Aerial Target was for it to act as a flying bomb, which could be piloted into enemies. 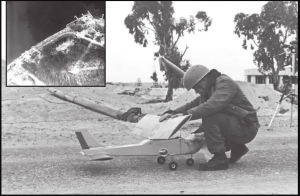 A remote-controlled airplane is readied for its first flight over the Suez Canal in 1969, during which it took photographs of the Egyptian side of the waterway (inset). 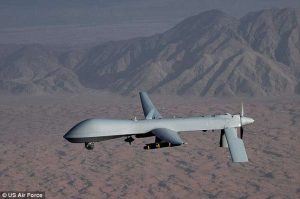 Modern-style drones began to appear in the 1980s, as Israeli engineers developed models equipped with video cameras to monitor persons of interest for hours at a time soon to be followed by the U.S. 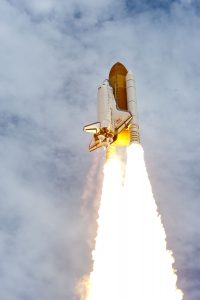 The beginning of the Cold War brought further innovations to aerial photography, particularly thanks to the Space Race. 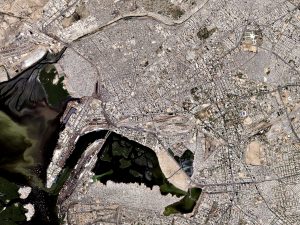 The United States and the Soviet Union’s efforts to outpace one another’s aerospace successes led directly to the development of satellite imagery, the ultimate in unmanned aerial photography. 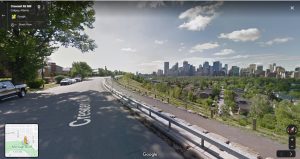 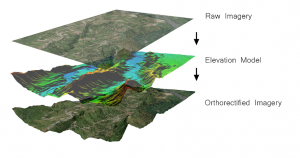 Orthophotography, a geometrically corrected airborne image, first came into use in the 1960’s but it was expensive and time consuming to produce. 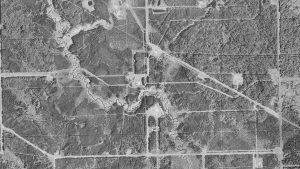 By the early 1970’s, technological improvements brought this data source into affordable commercial applications and its use has continued to expand. 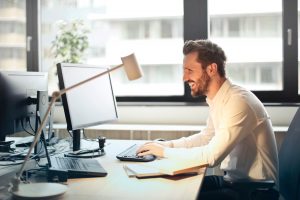 Fast forward to the 21 Century where advancements in technology revolutionized the industry with the ability to purchase orthophoto online. Not only can you take delivery of an orthorectified image, but you can also stream the most up-to-date imagery directly into your workflow eliminating the need to manage your own data. 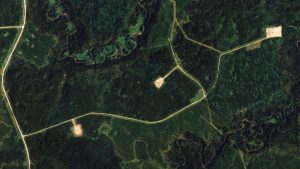 Incorporated in 1994, Tarin was initially formed by fostering partnerships between Forestry and Municipalities in acquiring up-to-date aerial photography. Tarin has continued to be a geospatial leader in Western Canada and has developed a community of trusted networks to serve their customers. Tarin can supply traditional data such as Aerial Photography, Digital Elevation Models, and Satellite Imagery and newer products such as LiDAR, Geospatial Technology, GIS and Custom Mapping. 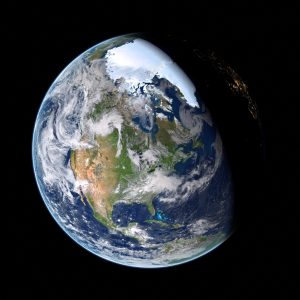 From relatively cheap drones, sophisticated aircraft cameras, and satellites snapping shots of every parcel of Earth’s landmass daily, we now have access to an incredible amount of aerial imagery.

One can only imagine where the next 100 years of technological advancements can take us!